Save the whales and what if’s

I just watched The Big Miracle – a nice, family-friendly movie about three whales trapped in the ice in northern Alaska.

It was based on a true story that took place in the late 80’s.

I don’t remember it on the news (I must have been about 11 years old when it broke), but if the movie was an accurate depiction then it looks like people all across America (and the world) were watching.

Ultimately a massive Russian ship broke through the ice barrier to help free them, combined with a huge local effort of concerned people working hard to see the mother, father, and baby whale brought to safety.

Of the three, only the mother and father survived. But a happy ending it was.

Now, I am all about stewarding creation and all that God’s given us.

There’s no question that animal cruelty is wrong.

I also believe we should do all that we can to make sure we’re not ruining irreplaceable habitat.

But as I watched this (entertaining) movie I couldn’t help but think that it was a huge effort and a lot of resources spent on those whales.

What if we spent that same amount of money and resources to see a young woman receive the cancer treatment that might save her life? What if we poured our resources into seeing that the autistic child receives the therapy he needs? What if we went out of our way to make sure the homeless man had a warm place to stay? What if we moved heaven and earth to make sure every child had a chance to learn to read?

I’m not opposed to movements like Green Peace at all. In fact, I think there’s a valuable place for them and we need them (and other organizations) to help bring light to serious environmental issues. And this story was not “just” about three whales – it represented so much more politically and environmentally – at the time. (And it really is a beautiful story.)

What if we took that same passion and harnessed it elsewhere?

Does going to the movies alone make me an introvert? 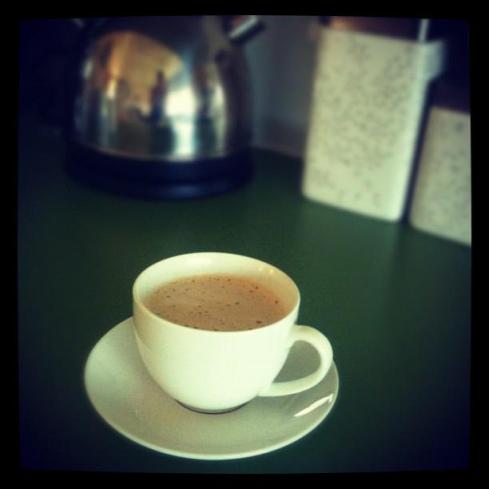 Are you an introvert? Or an extravert?

This question has always confused me.

If there’s a party or something fun happening I’d like to be there. (Please invite me!)

I don’t normally have a hard time making friends.

Ask me my favorite way to spend a day at my discrepancy?

Alone. Probably a cafe or beach or shopping will be involved. There will be books, perhaps music, a nap, my computer (no internet necessary).

And maybe, maaaaybe a friend.

But probably not. Probably I’ll be on my own.

Does this mean I’m in introvert?

I used to go to the movies alone sometimes, on purpose.

Anyway, who cares really. It is what it is. I think I’ve written on this before actually, but lately I just keep seeing things online about being introverted so I suppose it’s on my mind a little.

And to be honest? Tonight I just didn’t feel like writing and so decided I would write the first thing that popped into my mind.

So there it is.

Introverted or extraverted, that is the question.

But it doesnt’ really matter, right? At the end of hte day, we all need people… adn we all need to be alone.

Q for you: Are you an introvert or an extrovert? Does it really matter?

Wel-a-come [with head shaking “yes” side-to-side] to the best, most wonderful, exotic, truly beautiful, luxurious and historic, most awe-inspiring hotel in all of India…

That’s what my friend told me as we pulled up to the theater.

I haven’t been to a movie in ages and had no idea what was out (except for the Hunger Games – who could not know that’s out?) so I was happy to let her chose the movie and surprise me. After all, she was treating me.

She told me a few times what we were seeing but the name was too long for me to remember.

We sat in the dark as the trailers ran and I asked, “Is is a drama? A comedy? A thriller?”

I had absolutely no idea.

She looked at me curiously…

“The best exotic hotel?” I questioned (not being able to remember the rest of the name).

Imagine my surprise and delight when some of the opening scenes revealed that the film is set in India.

And then of course the title also made so much sense.

To be honest, it probably could have been a below average movie and I still would have loved it just based on the fact that it was India, blessed India.

She really was one of the main “characters”.

It was a sweet line up of Brittish stars (ie Judy Dench, Maggie Smith,e tc.) and a nice little story line about a bunch of seniors “finding themselves” during a sort of “gap year” for the elderly. (Minus the “year” part.)

(Oh, it also had the adorable star of Slumdog Millionaire… whose name I can’t recall.)

I left with a big smile on my face and a skip in my step.

I had no idea that going to the movies on a Wednesday night would leave me so incredibly stir crazy to get out of here.

Q for you: This was probably the worst (non) movie review ever written considering I mostly just waffled on and on about India. Have you seen the film? What did you think?

Eating off the kitchen floor

We watched the movie Contagion a couple of nights ago.

I’ve never really been much of a germ-o-phone (although I do wash my hands a lot) and I’ve probably become a little more aware of germs since having babies. But even still, I’m pretty laid back about stuff like that. Even with the kids (we eat stuff dropped on the floor all the time).

I think a few trips to India will cure you of being hyper aware of dirt adn grime.

I’ve seen my fair share of people living in grossly unsanitary conditions (not just india, but many nations) in slums and garbage dumps and even regular houses where they just don’t have the same standards as I might. And it’s heart-breaking, really. (Especially when preventable disease spreads due to simple things like lack of hand-washing.)

But it also helps cure you of being a freak about certain things.

Imagine! People all over the world are surviving without paper toilet covers and sanitizing wipes attached to their grocery carts! *gasp*

Pretty sure I will too.

But watching Contagion did gross me out a little. All those close-ups of door nobs and bus rails and ATM buttons. It was shot in a way that just made you think “creepy”.

Although the movie was a little slow it was interesting to see and think about just how quickly an epidemic like that could spread and how a worst-case scenario really could effect life as we know it.

But it also compared teh virus to SARS and H1N1. I admit, it made me feel kind of tough that I survived H1N1 unscathed, while pregnant. (I know thousands did, so I’m nothing special… but it was fun to think I was super tough for a few fleeting moments.)

Nothing like a good two hours of watching pretend people in pretend situations to make you feel like a superhero or a paranoid germ-o-phobe – one of the two.

Now, please, for the love of God, wash your hands after you sneeze people!

Q for you: Are you a germ-o-phobe? Or do you eat your food from the kitchen floor like me?

p.s. Went over time today. Partly because I got interrupted by a little person, and partly because it’s still early and my brain is not quite functioning at full speed yet. That second part is not a good excuse. At all. 🙂

The help: Stirring it up

I finally caught up with the rest of America and saw The Help tonight.

I’m sure you felt like me as I watched it – amazed, outraged, embarrassed at how we’ve treated people. (Sick to my stomach.)

It’s easy to sit here now and criticize the behavior of the women profiled in the movie, and yet to them… it was normal. It was expected.

It’s easy to read and watch and hear stories of hte holocaust and feel disgusted at those too. Or Rwanda. Or the Native Americans. Or the Kemer Rouge.  Or… you get it.

We ask ourselves, how could people live like that? Treating other people as less than human?

How could they sleep at night?

It makes me wonder what i’m immune to about my own culture now that’s wrong?

What will my children, my grandchildren, look back on my generation and say “I can’t believe they…”

Some may get ruffled that I’ve put some of htose issues in the same sentence…. But I can’t please everyone.

And really, who knows what our children and grandchildren will think?

I just hope I have the courage to stand up for what I believe in my heart to be right, whether it goes against my cultural norm or no.t

Q for you: Have you seen The Help? (Or read the book?) What did it stir up for you??

Click Clink Five is a blog by Adriel Booker. | Five minutes a day, unedited. | 2012 All rights reserved. | Adriel also writes on parenting and motherhood at The Mommyhood Memos.